If you’ve read my previous review of the Ouya, you may be familiar with my strange obsession with Ravensword: Shadowlands. It’s a hilariously inept Skyrim clone for phones, tablets, and the Ouya. The game seems like they went down the list of Skyrim features and implemented a bare bones version of each one. From horseback riding to guild systems, they all exist–but are laughably basic. Still, I must have dumped over 15 hours into this saga, exploring its ambitious yet flawed world.

One interesting element of Ravensword is the business model. It’s essentially premium, with an up-front cost to buy the game once the demo period is over. However, at any time you can buy gold, experience, gems, health restores, and talent points with real money. It’s probably the first single player RPG I’ve seen with such a business model.

Early in the game I hit a difficulty brick wall. Monsters were way too strong and there seemed to be no way to grind for gold or XP. I decided to make a one-time purchase of 5,000 gold pieces for $5. I then bought the finest equipment the shops in South Aven had to offer and ventured out into the wilderness, tearing through monsters that were previously kicking my ass. 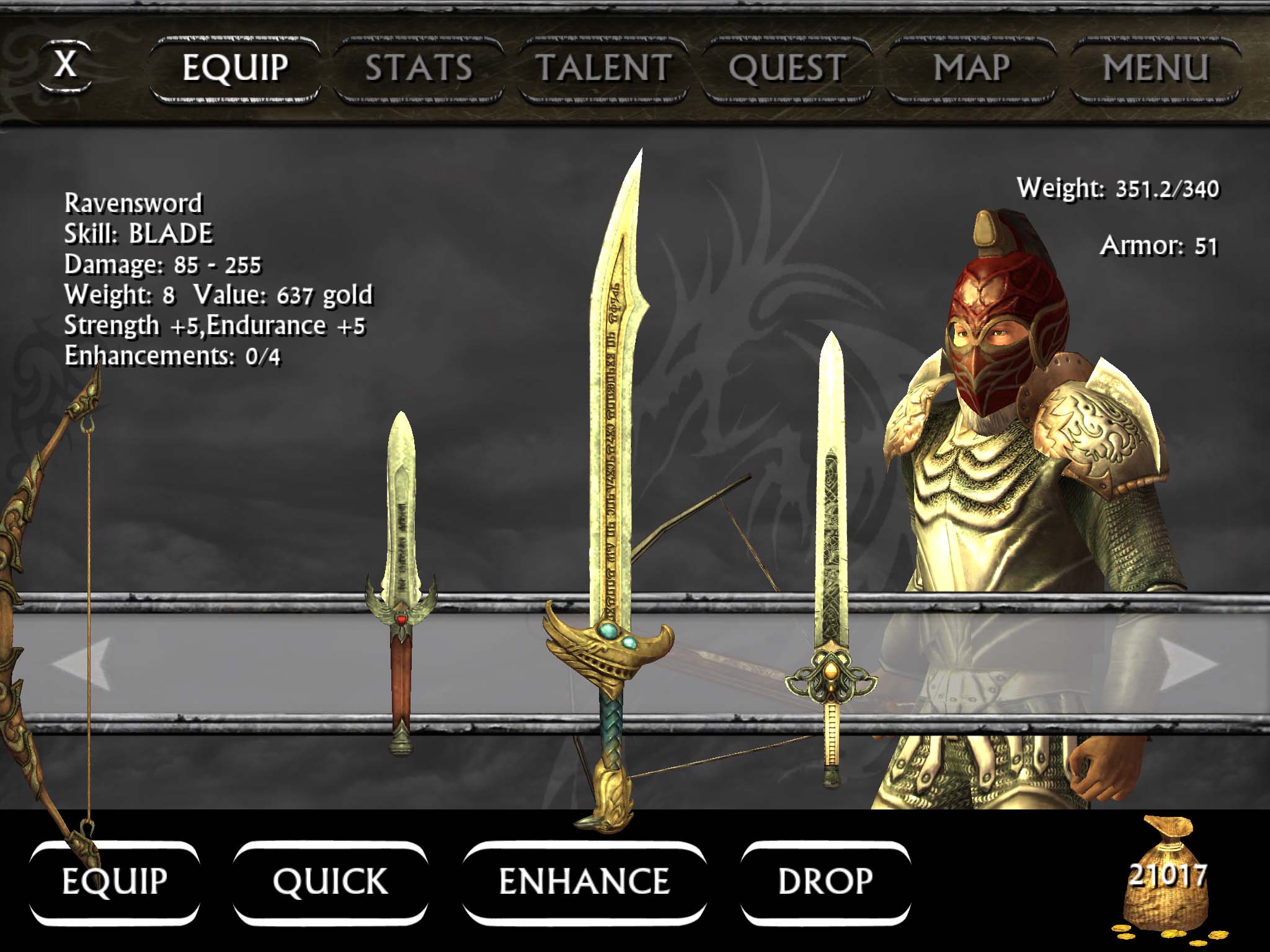 Maybe 10 minutes after making this purchase, I found a chest containing a sword better than the one I spent the equivalent of 2 real-world dollars on. I felt ripped off. It’s the in-game equivalent of buying the latest iPhone a few days before they announce a new model.

This made me constantly suspicious of the game. Every time I hit a tough point, I thought about if it was some kind of game design sales funnel to get me to spend money. If there was any kind of competent story to be immersed in, it probably would have taken me out of the game, too.

As I stated in my Kotaku piece earlier this year, f2p game designs are still too primitive to carry a single player campaign. Ravensword is a prime example. I salute the developer for making a stab at merging a single player narrative with f2p economies. Yet, scattering purchases throughout a quest makes you second guess every design choice to the point of completely breaking any sense of immersion. Issues like this make me think it’s impossible to reconcile the design principles of f2p monetization and an epic single player experience. Yet, Ravensword is only the tip of the iceberg. Hopefully we’ll see some stronger attempts at this problem soon.

3 thoughts on “Feeling Ripped Off in Ravensword”